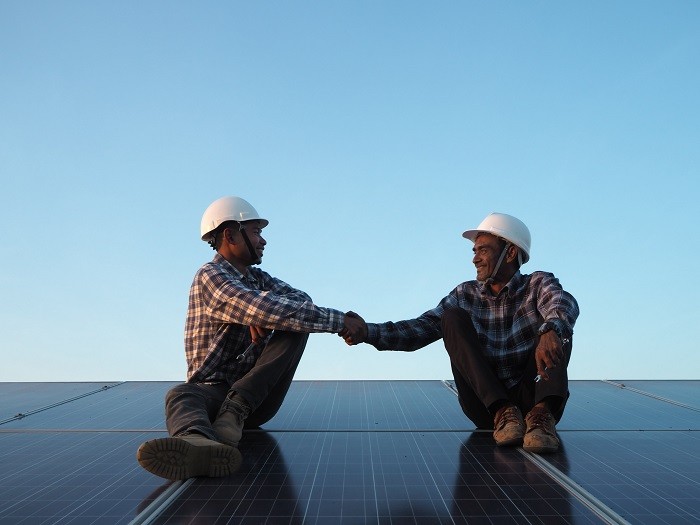 Solar energy is leading the way in the Indonesian government’s effort to make renewable energy fashionable again. Lower prices and a concerted effort from the government to create a friendlier business environment may leave enough of an effect to jumpstart the industry.

The Indonesian government is continuing its efforts to promote renewable energies. Having been left behind by its regional peers, the Indonesian government has made a number of commitments to ensure that it does not continue to trail neighboring countries like Vietnam – which, at 5.5GW, has nearly half of the total installed solar capacity in Southeast Asia, according to Wood MacKenzie, a Scotland-based energy consultancy.

One of the more anticipated commitments is the expected presidential regulation that would allegedly introduce a new, more investment-friendly feed-in-tariffs. The regulation is rumored to significantly increase the tariff, which at this point in time is capped to the maximum local electricity tariff by retail – as low as US$0.07 cents per kWh in high-electricity demand areas like the island of Java. This regulation is expected to come out before the middle of 2020.

The government has also laid out its renewable energy goals for 2020-2024. In total, the Indonesian government aims to increase its renewable energy capacity by 9,051MW as of 2024. This is in effort to achieve the 23% renewables in the energy mix by 2025 mandated by President Joko Widodo early in his presidential term. As of the end of 2019, renewables only comprise 12.36% of the total energy mix, which is still far below the initially targeted 17.5% by the end of that year.

To achieve the targeted 9,051MW by 2024, the government has stated that it would need $20 billion (Rp 288 trillion) in investments for renewable energy projects. This includes projects for hydropower, solar, wind, biomass and other bioenergy sources. The government has also broken down the investment and expected capacity increase in annual terms. (see table)

Source: Department of Renewable Energy at the Ministry of Energy and Mineral Resources.

The government is also pushing forward in other areas to promote renewable energy, with Indonesian Ministry of Energy and Mineral Resources (MoEMR), along with the Ministry of Public Works and Housing, finalizing regulations for the use of irrigation dams as hydropower electric plants, as well as regulations for the use of renewable energy for smelters.

Solar panels on the frontline

The most rapid change is occurring on the solar front, with the government putting its weight behind various initiatives to push for the adoption of solar energy. This month, the Indonesian government, via the MoEMR, has earmarked Rp 175 billion (US$12.5 million) to install solar panels in 800 points throughout the nation. These solar panels will mainly be installed on government buildings and public facilities in 17 provinces.

The Director of Infrastructure Planning and Development at the Renewable Energy and Conservation Department at the MoEMR, Mrs. Puspa Dewi, said the budget was a significant increase from Rp 39.3 billion earmarked last year, during which the government installed approximately 1,785 kWp (kiloWatt peak) of solar energy generation. With the new budget, the MoEMR expects to see an increase in solar energy capacity of up to 6MW.

In another encouraging example for the solar sector, Indonesia Power, a subsidiary of state-owned power company PLN, and the Bali provincial government, recently completed the installation of 226 kWp worth of solar panels at its Bali Power Generation Unit office facility. This recent development also owes its realization to the Bali gubernational regulation no.45/2019 issued late last year, which mandates that all buildings covering an area of more than 500sqm must be equipped with solar panels.

The private sector is also playing its part. PT Unilever Indonesia Tbk has already installed 200 kWp worth of solar panels in its facility in Bumi Serpong Damai in South Tangerang in Greater Jakarta. Meanwhile, French company Total Solar Distributed Generation installed an 800 kWp solar-powered rooftop for Chandra Asri Petrochemical, the largest publicly listed petrochemical company in Indonesia. This is also the first solar rooftop with no upfront investment by the customer in Indonesia. Even the average consumers are in on the trend, with as many 1,580 listed users currently using solar panels to power their daily lives as of the end of 2019 – up from 609 at the end of 2018, according to the MoEMR.

To further discuss these developments, as well as the numerous success stories of renewable energy projects occurring throughout Indonesia and the rest of the world, EKONID is hosting a Decentralized energy supply with a focus on hybrid systems with small wind and PV delegation. To be held from March 31 – April 2, participants can share their experiences with manufacturers and developers of hybrid energy systems (with a focus on PV and small wind powers), as well as related control systems, software, and energy storage solutions.

Send us an enquiry.
Fill the form to connect with us.
Testimonials.
“EIBN delivered a program of site visits, events and B2B meetings which really made our trip worthwhile.” When the Danish Export Association (...
Halldor Halldorsson, DENMARK
“The professionalism of EIBN and their high-quality business services and network led to new synergies for Greek Manufacturers.“ When EIBN fir...
Helen Polychronopoulou, GREECE
“Last week Indonesia was a white spot on our map. Today we have several companies interested in our products and willing to work with us.” Wor...
Laszlo Penzes, HUNGARY
more testimonials
© Copyright 2023 EU-Indonesia Business Network
Privacy Policy Disclaimer
Contact Us